We woke to a slightly grey and overcast morning – never-the-less we both started the day in t-shirts and shorts.

After packing up Bertha we drove into town to stock up on supplies and to have Bertha’s windscreen checked at Windscreens O’Brien.  Over the course of this adventure the windscreen now has a number of small chips so we thought we should have things checked out by the experts.  Everything was OK and the nice chap from O’Brien’s gave us some adhesive spots in case we needed them.  This was a bit of déjà vu for us as the very last time we stayed in Longreach was so that O’Brien’s could repair a chip in the BT-50’s windscreen.

Back on the road we headed South East along the A2 until stopping at Ilfracombe.  We have driven through this little town before but had never stopped, so this time we did.  Ilfracombe is best known for its “Mile of Machinery” along the highway through town which consists of a huge number of items of farm machinery, horse drawn implements, trucks and other equipment plus several heritage buildings filled with various collections, memorabilia, and so on.  It is a very colourful collection and it was great to see so many visitors to town of all ages inspecting and enjoying it all. 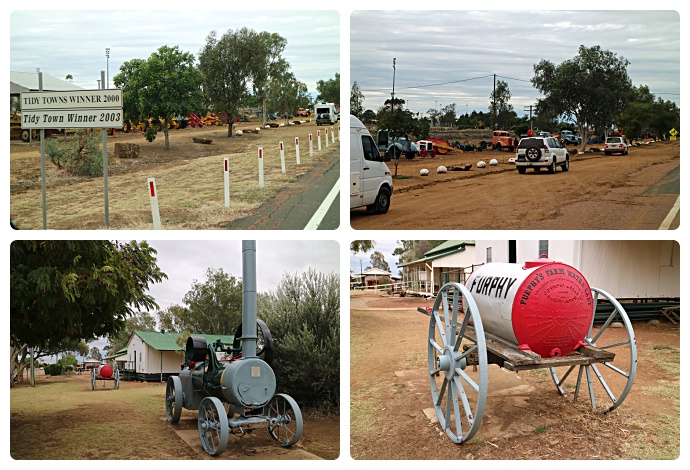 Views along the “Mile of Machinery”

Ann collected a couple of tasty coffees from the Ilfracombe ‘General Store’ which she described as stepping back in time.  There is also a heritage Post Office and the Wellshot Hotel, which has been on the same spot for 120 years.  It has a caravan park next door.  There is also a rotunda which serves as a war memorial and a swimming pool with an artesian spa.

Returning to the Landsborough Highway we headed on towards Barcaldine.  We were amazed at the amount of roadkill on this particular stretch of highway – easily over 100 ‘fresh’ animals in as many kilometres.  The council does not remove dead bodies so there are skeletons along the road as well.

When we reached Barcaldine we first checked out our accommodation venue at the Showground, and then headed back into town for a walk.  We enjoyed a nice hot pie at the bakery, which suited the weather perfectly, before continuing our walk. 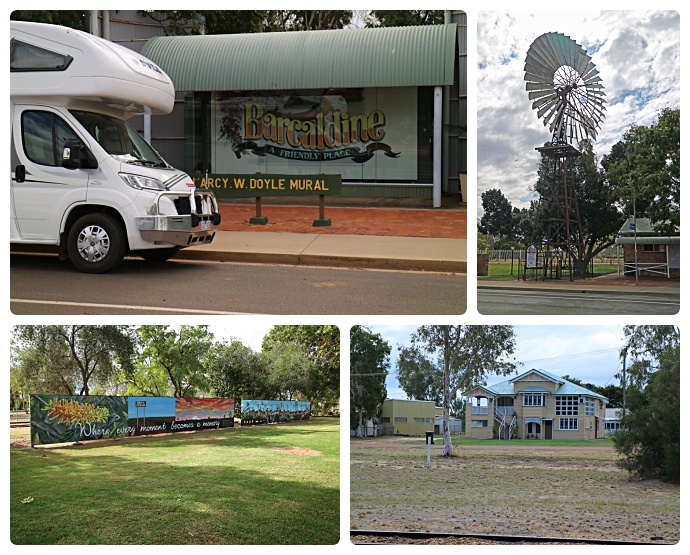 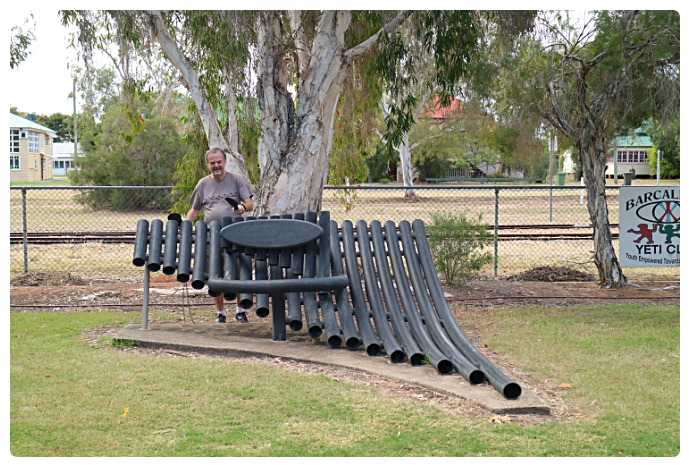 The Barcaldine street-scape is dominated by the ‘Tree of Knowledge’ which is connected to the 1891 Shearers’ Strike and is believed to be the site of meetings that led to the formation of the Australian Labor Party.  Sadly the tree was poisoned in 2006 so a sculptural cover has been created over the now preserved tree.  There are also other sculptures and murals celebrating the shearers’ strike and associated events. 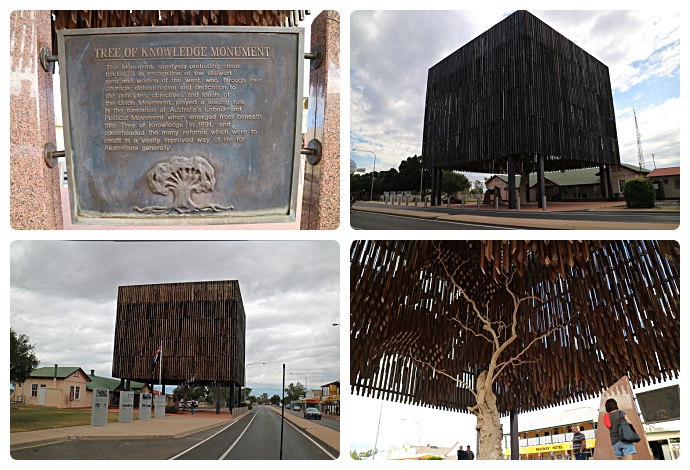 Memorial to the ‘Tree of Knowledge’

Memorial to the Shearers’ Strike

We then went back to the Showgrounds and set-up Bertha for the night.  Like many showgrounds there is plenty of room for overnight campers, although power poles and taps are quite random.  Still, we’re happy with our spot. 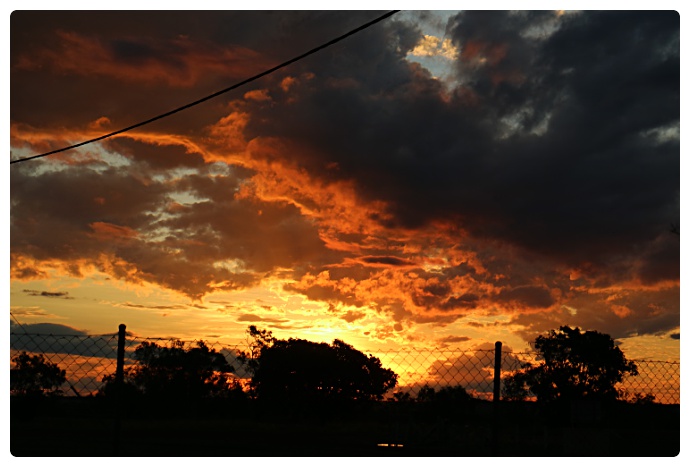 It has been a great day today – not too much driving but lots of interesting exploring.

Who knows what we’ll find tomorrow?