We woke to another glorious morning – clear blue skies and the day was obviously going to warm up quite considerably.

After breakfast and packing Bertha we were on our way south down the Stuart Highway.

For our morning coffee stop we turned off the highway and drove some 12 kms to the small town of Batchelor.  After a bit of a drive around to explore the town, we parked Bertha in a shady spot where we had our coffee. 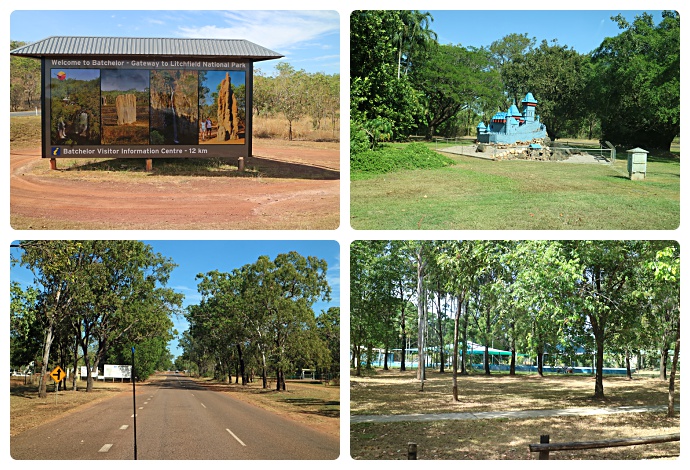 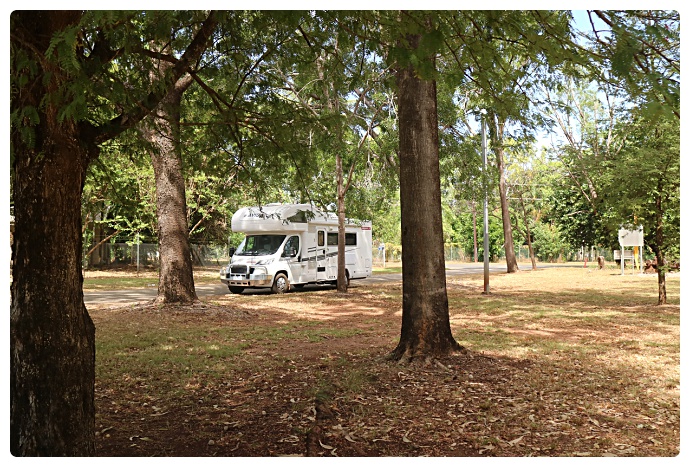 Parked for coffee at Batchelor

Batchelor is a beautiful tropical town with lush green tropical gardens (at this time of year anyway) and a lovely relaxed feel about the place.

As it turned out we were very close to the Batchelor Museum, so we decided to take the tour.  We were met by Greg, a volunteer, who gave us an introductory chat and then started us on our journey of discovery.

The Batchelor Museum is housed in two buildings which were built in 1953 as the single women’s quarters for the Rum Jungle Uranium Mine.  Apparently the nick-names for these buildings were ‘Virgin Villas’ and ‘The Nunnery’.  The first building (A) provided some background as to the original inhabitants of the area, then early European settlement including how the town got its name, and then some information about the Batchelor Farm project which began in 1911.  The rest of building A is devoted to stories about WWII activities in the region.

Building B contains the Rum Jungle Exhibition which is quite fascinating.  The extent of the operation was huge and employed a great number of miners and associated trades and support staff.  When it started in 1952, the Rum Jungle Uranium Mine was the major economic activity in Australia at the time.  The entire town of Batchelor existed to support the mine.  There are reproductions of documents, enlarged photos, stories of individuals, plus collections of newspaper cuttings and other interesting material. 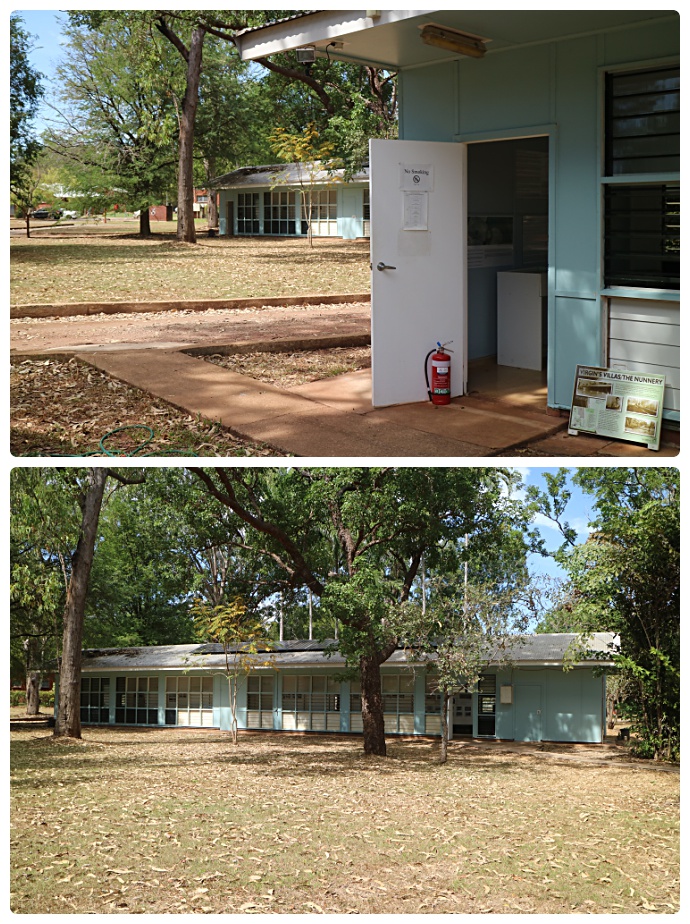 Some info on Rum Jungle Uranium Mine

Building B also has a recreation of what one of the single lady’s room would have looked like in the 1950s. 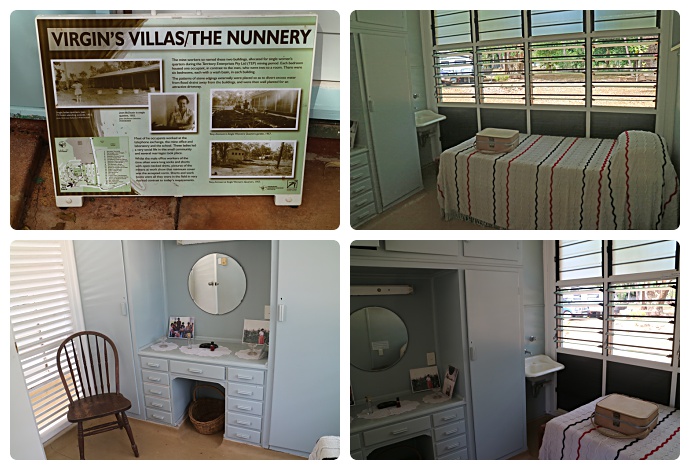 After coffee and our Museum tour, we returned to the Stuart Highway for the next stage of today’s journey.  Our lunch stop was at Adelaide River.  We parked outside the BP servo and walked through to the heritage Adelaide River Inn – some readers might remember this place from the Crocodile Dundee movie, although the interior is now a little different.  Perhaps not surprisingly, there is a stuffed croc outside the bar – ‘Jock the Crock’ was 5 metres long and weighed in at 720 kg.

We actually shared a monster single serve of NT caught Barra with salad and chips – we had seen the portion sizes before we ordered and even though we love our Barra, there was no way we could have finished a serve each!  Needless to say it was absolutely delicious!

From the Adelaide River Inn we drove a short distance to the Adelaide River War Cemetery.  This is the third largest war cemetery in Australia and includes the remains of 63 civilians and 434 service personnel, including those killed in Darwin.  Most are Australian but there are several British and one Canadian buried here.  There is even a section for the 9 people killed when the Darwin Post Office took a direct hit from a Japanese bomb.

This is an extremely moving place to visit, and there some very interesting stories of individuals who are here, and information about the impact of the war on Darwin and the surrounding areas down to Katherine.  Many of the small towns throughout this region were supply bases for the movement of troops and supplies from the south to Darwin.

We are constantly stunned that the top end took such a battering in the war – 64 bombing raids from 180 Japanese bombers and over 230 killed on the first day of bombing, and it was initially covered up by the Government of the day!

From Adelaide River we continued south down the highway to Pine Creek – we made a short stop here on our way to Darwin.

We have a powered site at the Lazy Lizard Caravan Park & Tavern for the night.  It has been a hot day and the ability to use the air-con was not negotiable!