Today was the day after the V8 Supercar races in Darwin and it seemed that half the vans at Shady Lane were waiting for today before heading out for places closer to Darwin.  The Stuart Highway was very busy as a result, with hundreds of motourists on the road.  There was also a stream of motorsport trucks on the highway heading in the opposite direction. 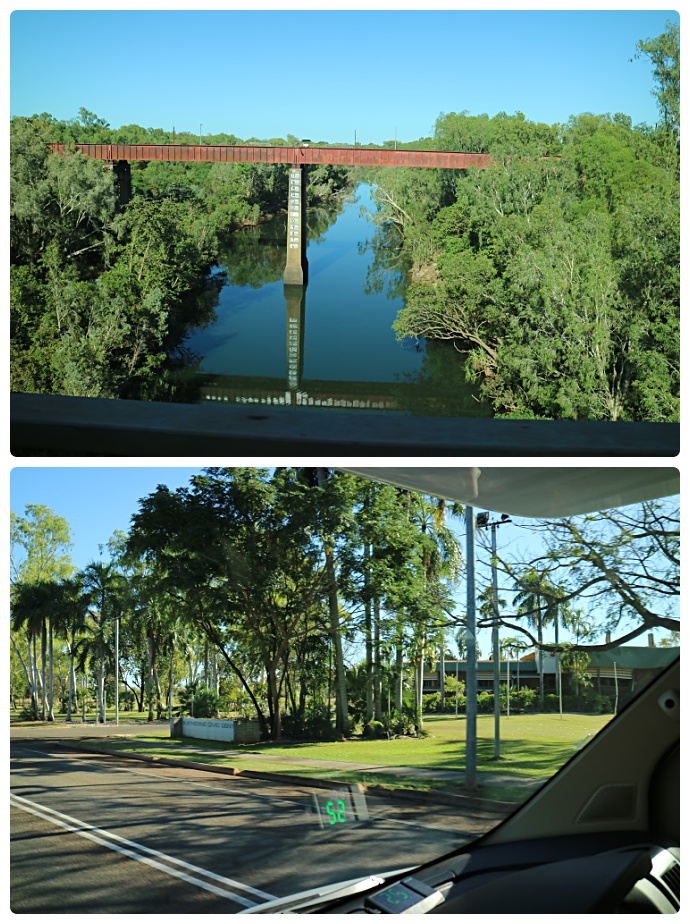 Our first stop was at Pine Creek beside a lovely park with huge trees.  Plenty of others had the same idea and all the parking areas in this small town were chockers! 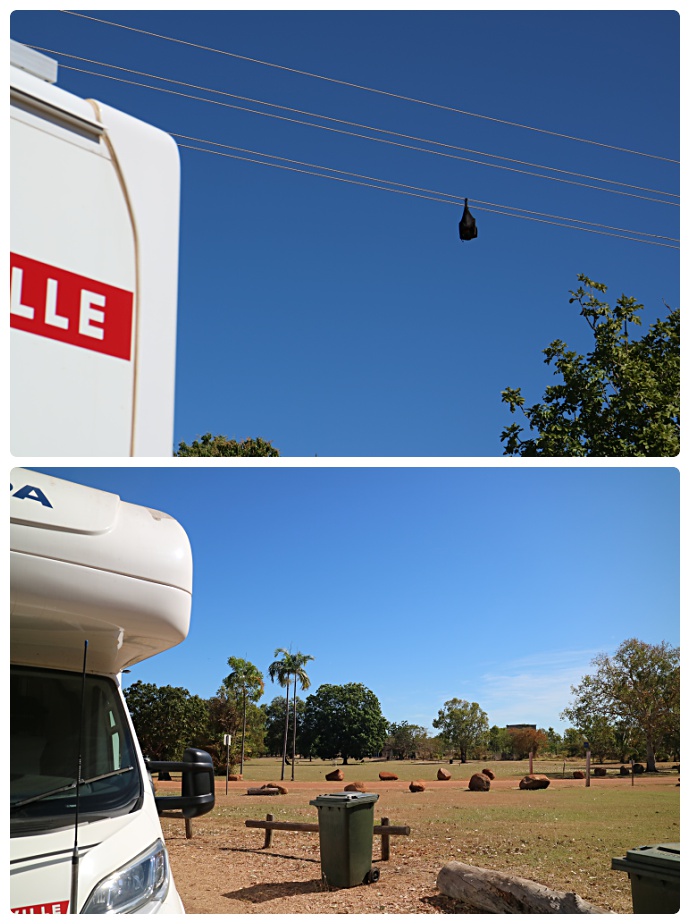 We subsequently passed through Emerald Springs and made a quick stop at the servo at Hayes Creek. 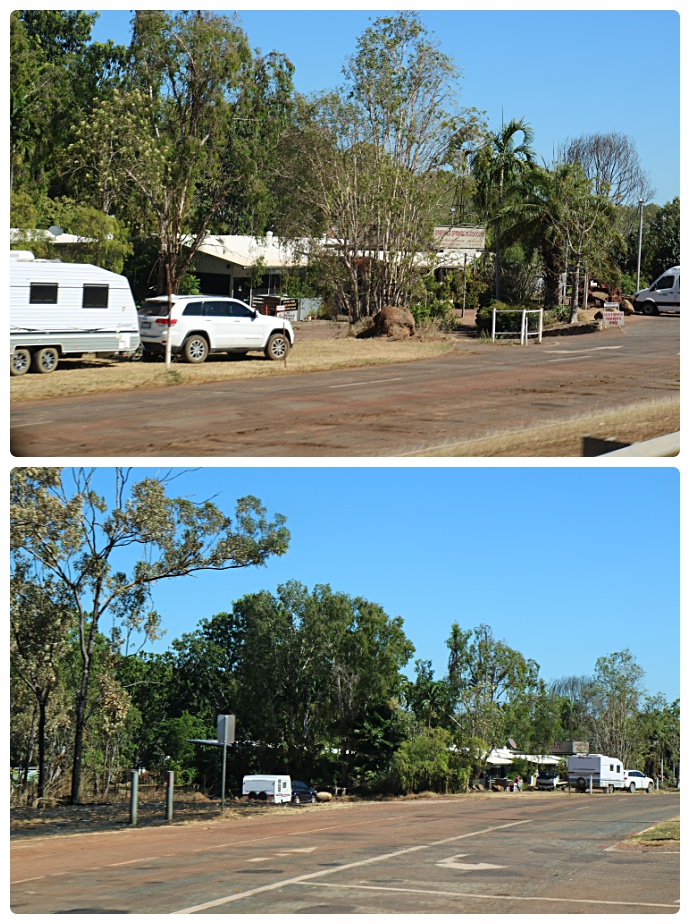 Our destination for lunch was Adelaide River, and we found a great place to park near the Adelaide River Rail Heritage. Although we didn’t go in, this is a donation based place devoted to some of the rail heritage in the Adelaide River area.  There are various pieces of rail equipment, buildings, etc.  This was a pleasant and peaceful place to stop, and close to the showgrounds where a number of vans were setting up to stay.  Ann outdid herself with lunch – multiple courses would you believe!

During a bit of a drive around town we noticed several military vehicles which had also stopped for lunch, before we headed back to the highway.

As we continued north we noticed an increasing volume of smoke rising north-west of us.  Several emergency services vehicles sped past us with lights and sirens on, and we saw a helicopter heading in that direction as well.  It looked to us as though the fire was somewhere down the Berry Springs Road.  So far we haven’t heard anything about the possible fire on the news, so maybe we’re imagining that things are worse than perhaps they are.  There has, after-all, been lots of burning off by the roadside for a long way on the highway. 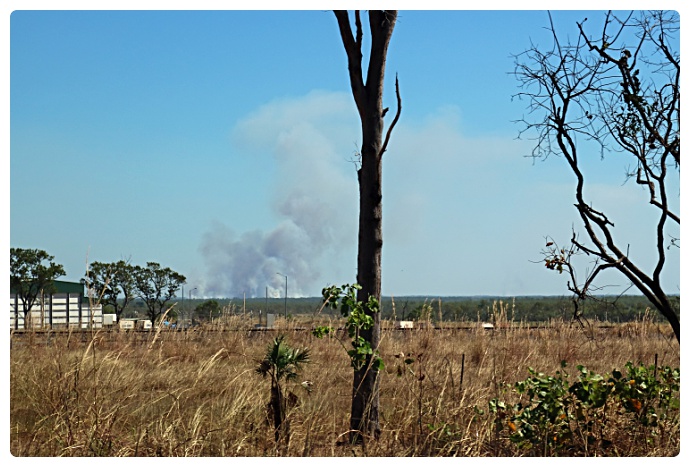 Eventually we arrived at Howard Springs Holiday Park, but found that we couldn’t fit in the site that we had been allocated.  Ann managed to find a much better site and we can’t understand why they hadn’t allocated this absolutely perfect site for a 25 ft motorhome in the first place, rather than the tiny and inaccessible site they allocated.

Again, we are in a tropical oasis!  Lots of green and even a few peacocks wandering around.  The amenities are great and mainly ensuite bathrooms (ie toilet, vanity and shower).  There is even a big water park for the kids, although (thankfully) there aren’t too many here.

It was a sunny 34 degrees when we arrived so after plugging in power and water we turned on the air-con to cool things down inside.

We’re going to be here in Howard Springs for a week, so we will only be posting highlights rather a daily diary.

Just as a final comment, today’s road conditions were very good.  The road surface was good and quiet, there were quite a number of overtaking lanes which was great, and there were even stretches of divided highway.  There were traffic lights as we got closer to Darwin, which was quite a shock after not seeing any for ages.  Good roads makes the journey a lot safer, and a lot more enjoyable.