Another cold night but the weather soon brightened up into a fine and sunny day.

Today we planned to see a bit more of Hervey Bay, so after some housekeeping chores we set out for the beach.  Our primary destination was the Urangan Pier, but before we got there we were quite amazed by the exterior of Vic Hislop’s Shark and Whale Show.  We had seen Vic Hislop on the TV quite recently and had heard about his shark show, but seeing it in the flesh was quite a surprise.

We then stopped at Swell Café right at the end of the Pier for coffee.  We got talking to Les, the owner, who is a refugee from near Ballarat and just loves the weather up North.  He has owned the café for about 12 months and sure can make a great cup of coffee, using beans from the Byron Bay Coffee Company. 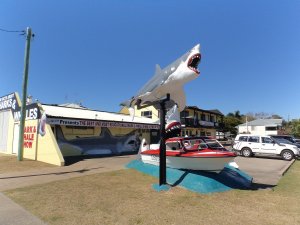 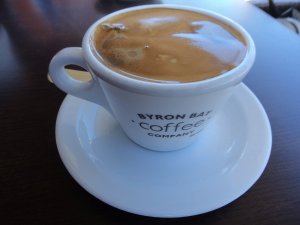 Then we went for a walk along the Pier.  It’s currently 868 metres long but was 1124 metres when it was originally built in 1917 as a base from which to export sugar, coal and timber.  Exports stopped in the 1980s and the pier was shortened by 256 metres.  Today there were lots of walkers like us, and a lot of people fishing – although we didn’t see many fish being pulled in.  The views from the Pier are amazing.

As we neared the end of the Pier we noticed some boats heading in our direction at speed.  When they got closer we realized it was a Rescue boat towing another which presumably had issues. We were surprised at how fast they were travelling. 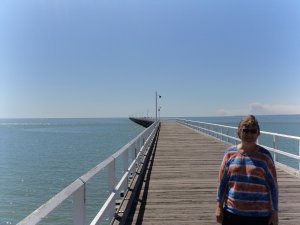 The Pier in nearly 1 km long 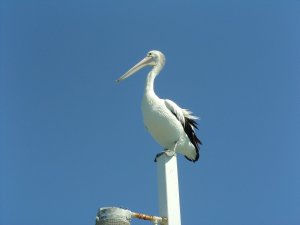 Not Quite a Pelican at Urangan Pier

After building up a healthy appetite on the Pier, we enjoyed lunch at the restaurant at Peppers, overlooking the water.  Our meal was delicious and the view tremendous. 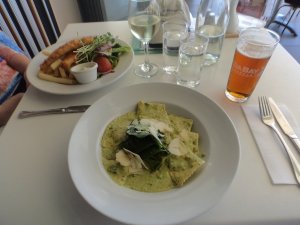 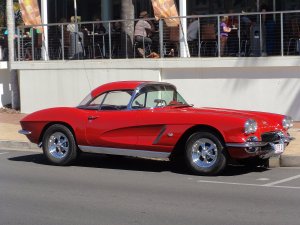 We then returned home to the fiver for coffee and a quiet read under awning before heading out for a few supplies and to top up the Ute with diesel.  Ann just happened to know of a fabric and patchwork shop so we stopped there so she could have a good look around.  She bought some really nice things there.

Again, back to the fiver where we pulled down the awning and end wall in preparation for our departure tomorrow.