After a cold night, we were pleased to see that we had a heavy dew but no ice this morning.  It was a fine sunny day so we headed off early along the highway to explore Coolgardie.

In 1892 rich specimens of gold were found in the Coolgardie area and by the turn of the century, Coolgardie was the third largest town in Western Australia, after Perth and Fremantle, with a population of 15,000 plus another 10,000 living in the surrounding area.  It was known throughout the world for its sensational riches and splendour.  Coolgardie is now known as the Ghost Mining Town and its magnificent buildings are used as museums for tourism. 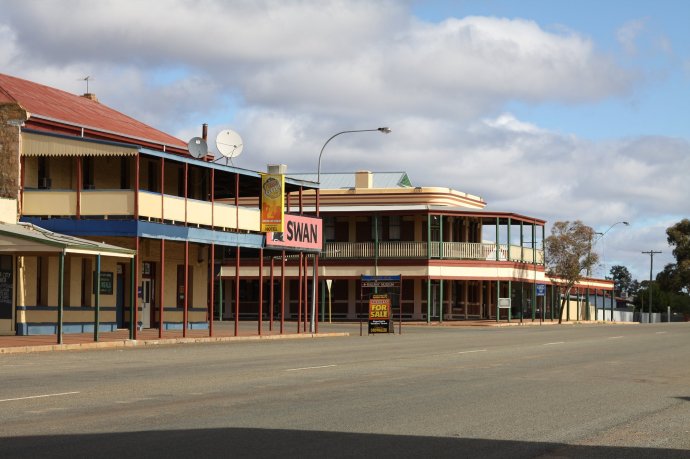 Not Exactly a Hive of Activity 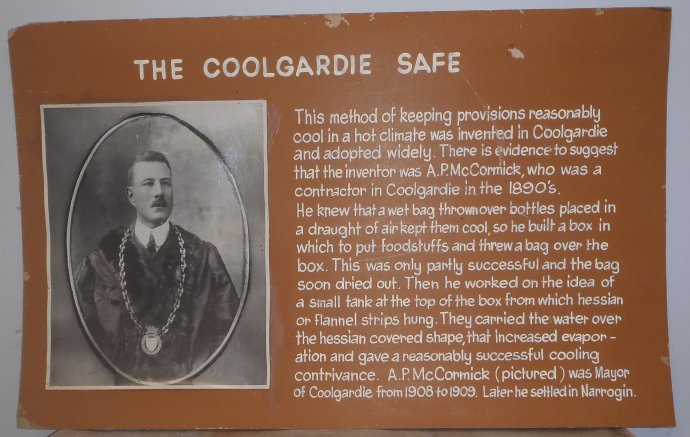 The Coolgardie Museum was very interesting and we spent quite some time wandering and reading all about the history of this once booming town.  There was a room dedicated to the Modesto Varischetti Story.  On Tuesday, March 19, 1907, a sudden violent storm, accompanied by very heavy rain, broke over the Mount Burgess and Bonnievale area.  The rain pelted down and in just a few minutes, heavy flows of water rushed into some of the mine openings carrying much mud, stones and other debris down into the underground workings. On March 28, 1907, a miner, Modesto Varischetti was brought to the surface after having been entombed for 10 days under water in a mine at Bonnievale near Coolgardie.  Largely due to the prompt measures taken to give him food, warmth and comfort while he was entombed, Varischetti was able to return to his employment in the industry.  This was the first time that divers in heavy, old fashioned gear were used in a mine rescue.  The Coolgardie Museum also included a magnificent old bottle collection.

There was another Pharmacy Museum which was also very interesting.  It displays one of the largest collections of objects relating to medicine, beauty, dentistry and health in Australia.  A man called Eddy Grant amassed the collection over many decades, built the display cabinets and a pharmacy shop front and put all of the impressive displays together.  Most of the collection is Australian with a few objects coming from England and Europe.  All of the objects are in excellent condition, showing paper wrapping, glass, labels and all the original details of the product as it was once sold.  We have never seen anything like it before!

We walked further to the end of town to a café at the Motel and had morning tea.  It was cold outside but warm in the sun so we walked to Ben Prior’s Park to see an eclectic array of old mining and agricultural equipment before getting back into the ute and cranking up the heater while we drove back to Kalgoorlie. It was a very interesting morning.

After lunch I had a bit more of an explore around Kalgoorlie, including a visit to Bunnings to pick up some supplies for a couple of minor modifications to the caravan.  I also had a quick look at Centennial Park which has a designated area set aside for free camping.  The rule that only totally self contained vehicles can stay there, and there is a limit of 24 hours per stay.  It’s walking distance to town, and the Park itself is quite interesting with memorials to the Kokoda Track and Vietnam veterans, plus a music bowl for concerts etc. 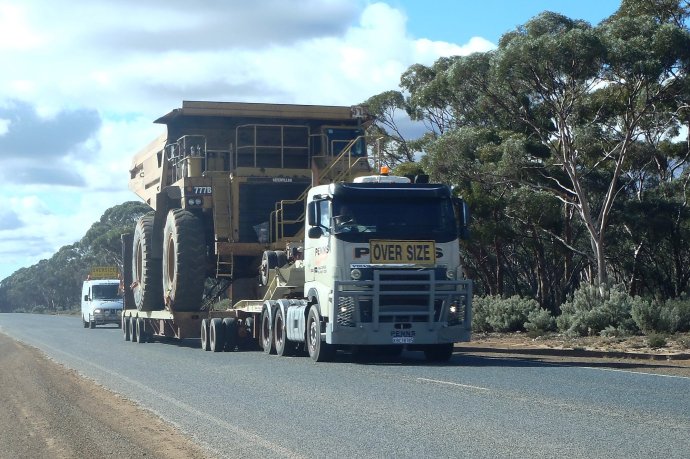 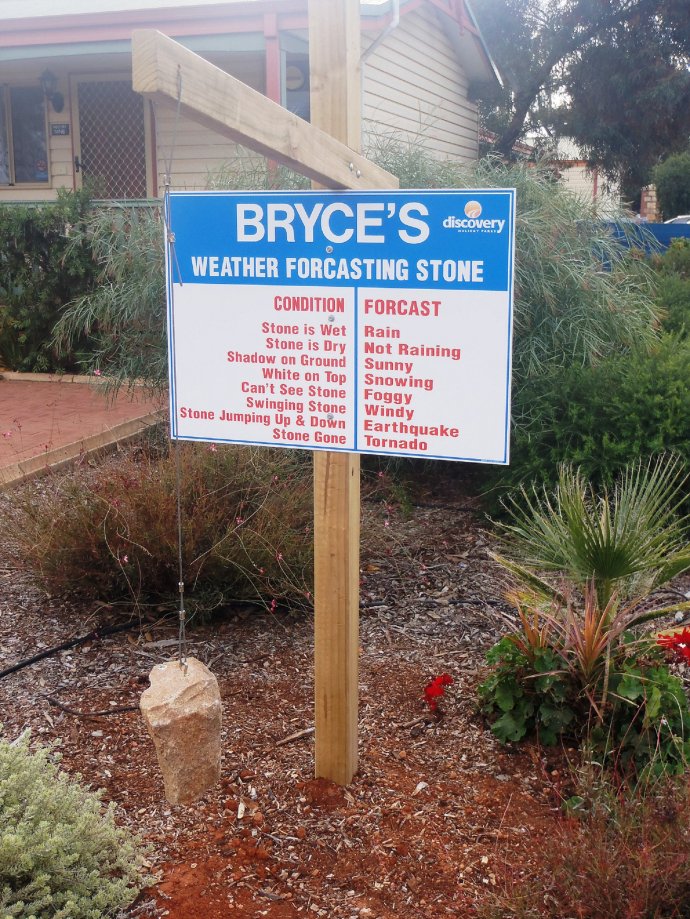 Unique Cabins in the Caravan Park

Tomorrow we are heading North and may be out of range for mobiles and internet for a couple days, but we will continue the blog after that.  Thank you for caring to those followers who expressed concern last time we failed to blog, but we are never sure when we will be in range in these remote areas.