We woke to a fine sunny morning so we headed off into town on foot.  It is only about a 20 minute walk through the park that we explored yesterday and then several blocks to the railway.  To our surprise, when we reached the railway line there was a subway which was built in 1900 because there were between 100 and 120 trains per day going through Peterborough (or Petersburg as it was known then.).  Today, the subway has murals of the local area painted all along and it was convenient but there are very few trains per day now.

When we arrived in town, we decided to start at one end and work our way around. It is a quaint town proud of its busy rail history and sandstone buildings. 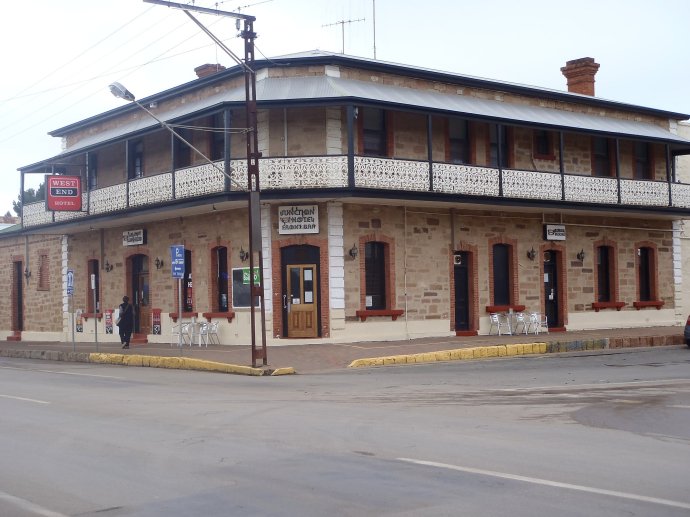 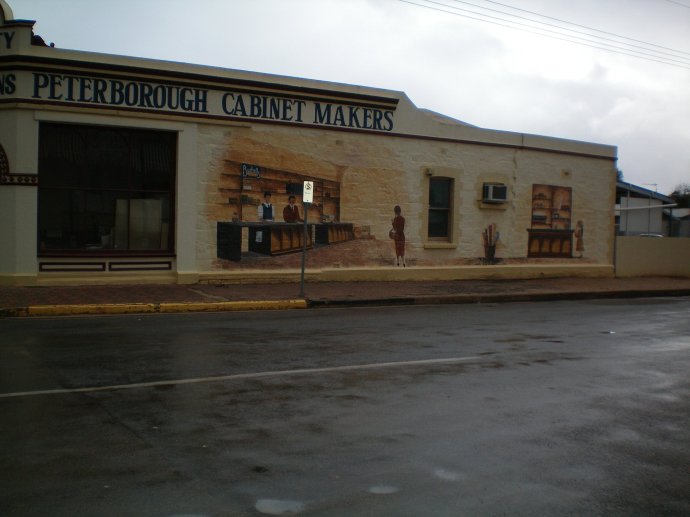 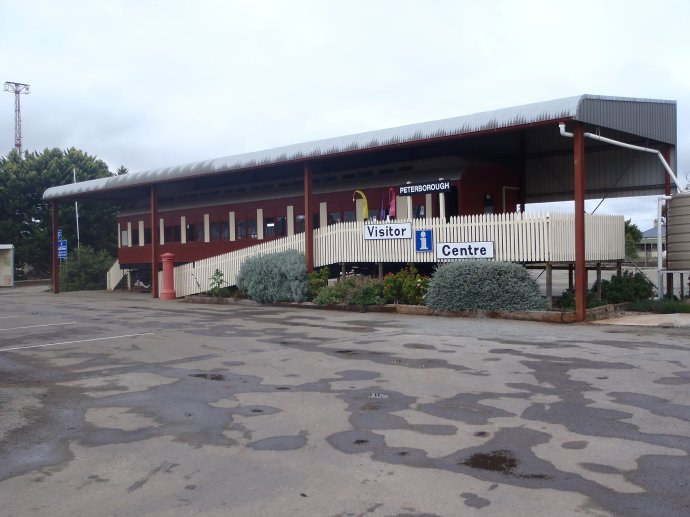 There is some farming and virtually no industry today so Peterborough, like so many country towns now, is heavy reliant on tourism.  The locals certainly make you feel welcome.  We stopped for a coffee and home made biscuits at the Take a Break coffee shop and then went on to the Tourist Information Centre which is housed in a refurbished rail carriage.

We viewed the Peterborough Patchworker’s Federation Wall Hanging housed in the Foyer of the Town Hall.  It took in excess of 1700 hours to complete and was constructed to commemorate the Federation of Australia.  We also visited Meldenfield’s History and Heritage in Miniature.  There were some amazing hand crafted scale miniatures.  The Scale miniature of the old Petersburg Station was even crafted out of the bricks and stone from the old building which was demolished in the 1960’s. 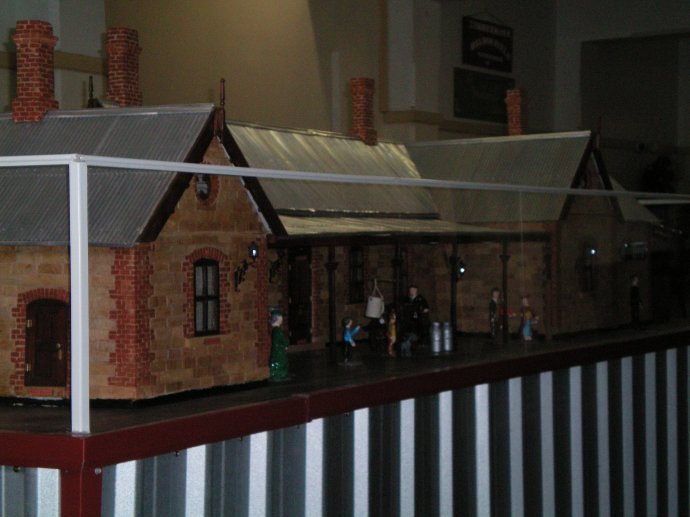 After walking for 2 hours we were about to head back to the van when it started to rain.  Change of plans – we went into the nearest hotel for lunch.  We entered the Peterborough Hotel and found a table near a heater as we had not brought coats and by this stage we were cold and wet.  Our meals were delicious and very reasonably priced.

By the time we had finished our lunch it had stopped raining and the sun was out again so we decided to walk a bit further out of town to the big Steamtown Heritage Rail Museum.  We were very pleased that we did because it was really interesting.  We spent an hour and a half walking around the rail yards and climbing up and down in and out of steam engines and diesel engines and train carriages. Our guide made it very interesting.

One vehicle that caught my eye was a 1937 Morris Inspection Car.  The Morris had been converted to run on rails so the wheels had been replaced, and the steering wheel had been removed.  To fit in the rear railway wheels the back seat had to be raised so the roof of the car was raised as well – and a superb bit of body-work it was.  The inspection car also featured a very early mobile phone, which connected to the overhead cables and was therefore “mobile”.

Some of the Steam Engines

After 5 hours mostly on our feet, we headed back to the van rather tired.  A light tea and early to bed to prepare for another driving day tomorrow.

One thought on “Peterborough – Day 2”