The weather was pretty miserable all day today.  No actual rain, but just dull grey, windy and very cold.

I started my day by going back the hospital for a follow-up visit.  Although I had only been on the tablets for 2 days, the doctor was pleased with the extent to which the swelling had gone down.  He said to complete the original prescription and to get the repeat filled to have on hand just in case.  Very practical doctor.

Meanwhile Ann stayed back in the caravan doing some book-work.  When I got back we spent a bit of time trying to sort out an issue with my credit card.   I was embarrassed when my card was declined.  A call to the bank today revealed that my card had in fact been blocked due to a suspected fraudulent transaction, but no-one had told me.  So a new card has been issued which I will receive in due course.  Not a fun way to spend an hour or two I can assure you!  And it was all on the mobile from Broken Hill!

After a quick lunch in the caravan, we had a look at the Pro Hart gallery.  Parked out the front are several of his Bentleys and Rolls Royces, including the famous painted Rolls. 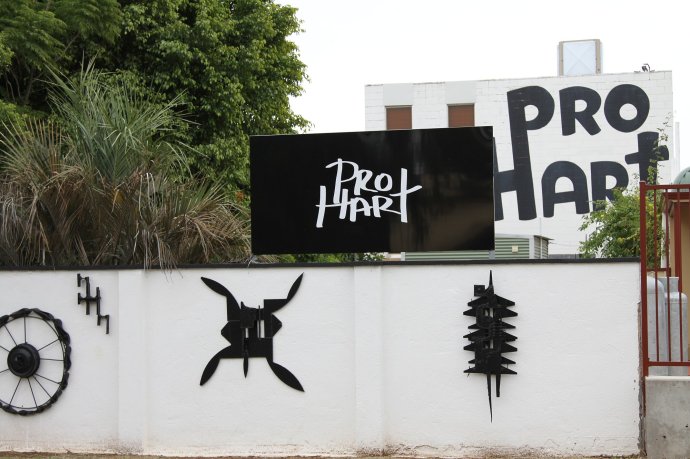 The approach to the Pro Hart gallery 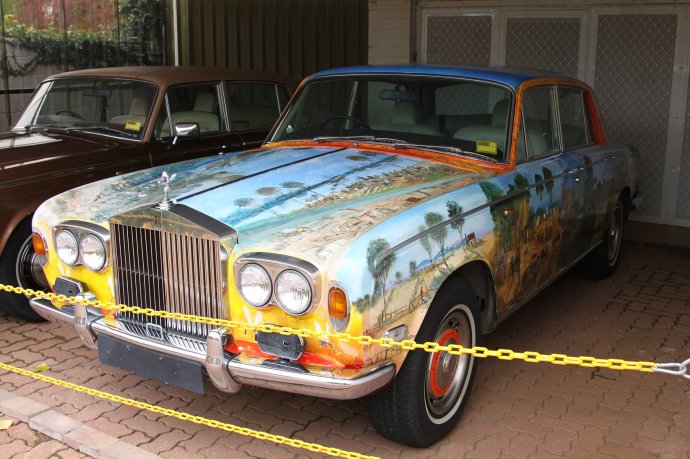 Then we drove to the BHP Miners Memorial.  This is a huge steel structure built as a memorial to the 816 workers who have died in the BHP mines since 1883.  Names are listed by year, and include the name, age, and cause of death.  The youngest we say was aged 12 and the oldest was 78.  Causes of death were quite horrific and included death in explosions, suffocation, buried in pits, and so on.  The last death recorded was in 2007, which is actually since we were last here.  It is a very sober reminder about industrial safety. 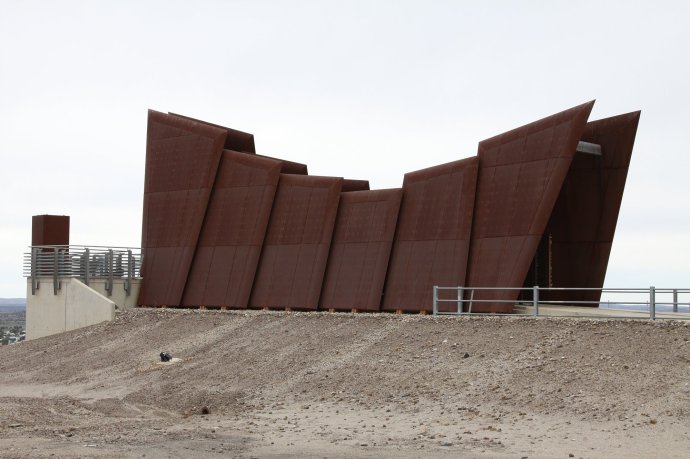 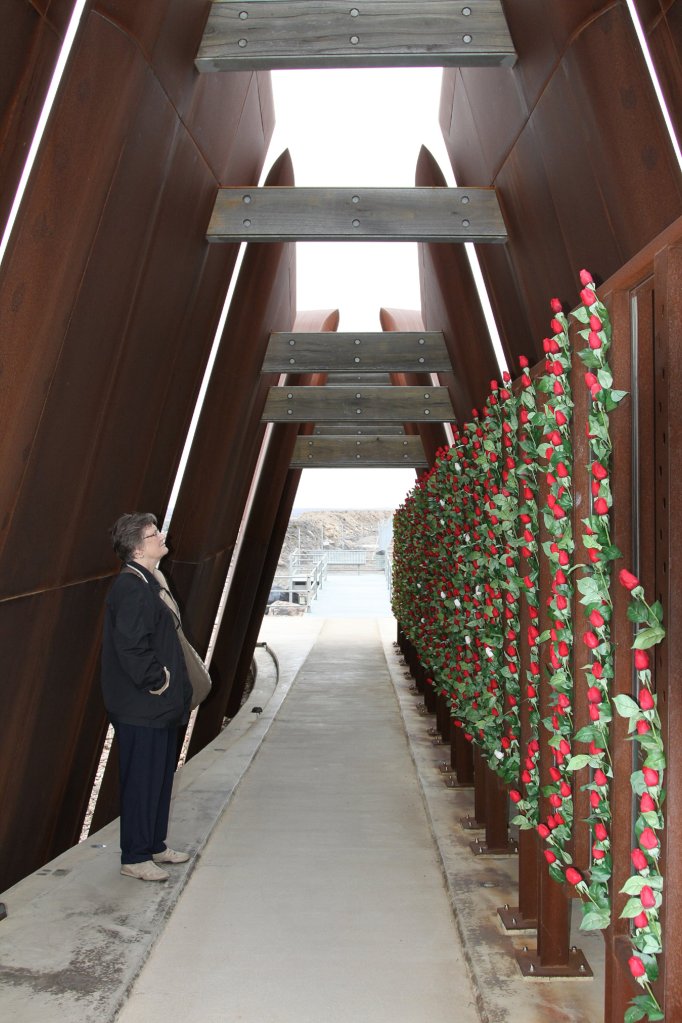 Floral tribute to each fallen miner 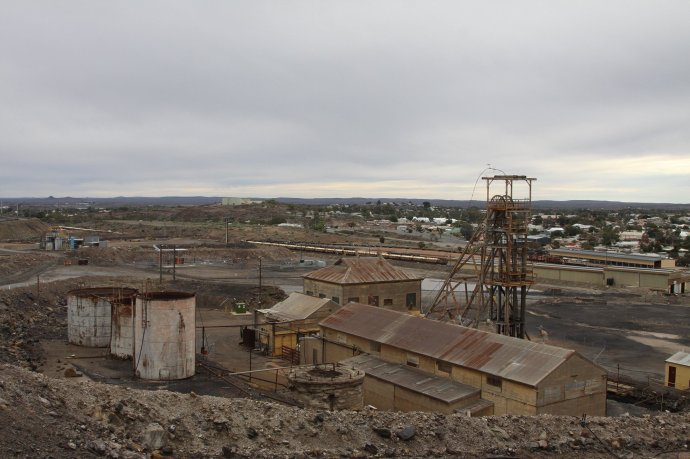 Old mine near Memorial 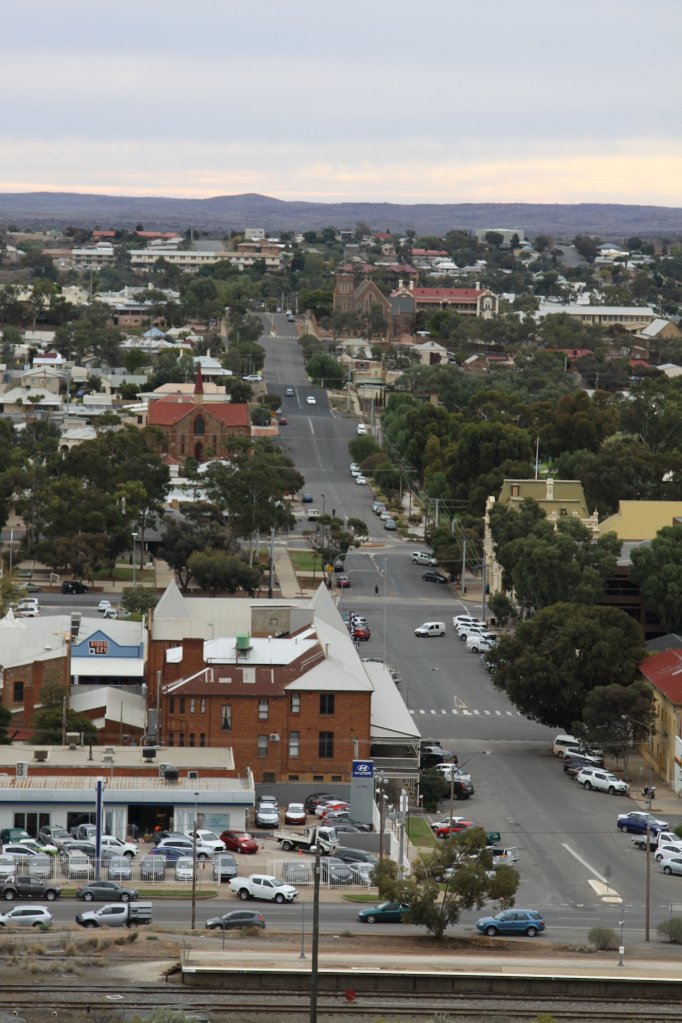 We then dropped into the supermarket for fresh supplies and drinking water and then back to the caravan to hitch up and prepare for our departure tomorrow.