We had two surprises his morning. 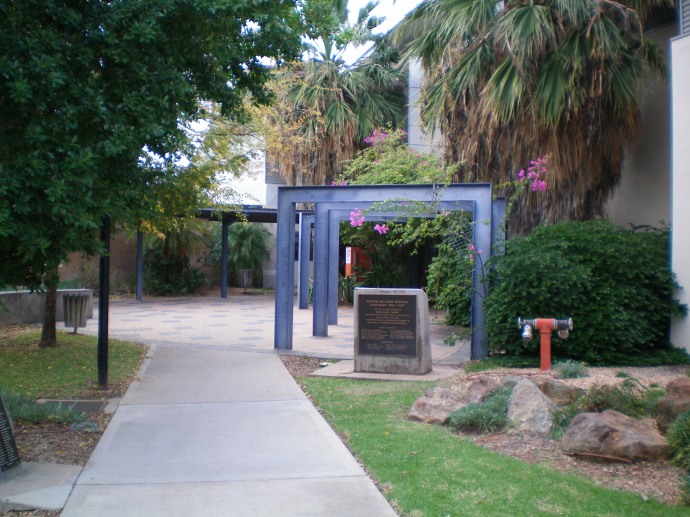 While I was waiting in Emergency Ann had a bit of a wander around the hospital and was very impressed by some quilts on display.

Ann extended our booking here and we will just have to cross our fingers and hope that my problem goes away in the next few days.

After sitting around in the hospital waiting rooms for hours we needed to get outside and walk, so mid-afternoon we went to The Broken Hill Sculptures and Living Desert Sanctuary.  It is an interesting place and you get a fantastic view of the Broken Hill region from the lookout. 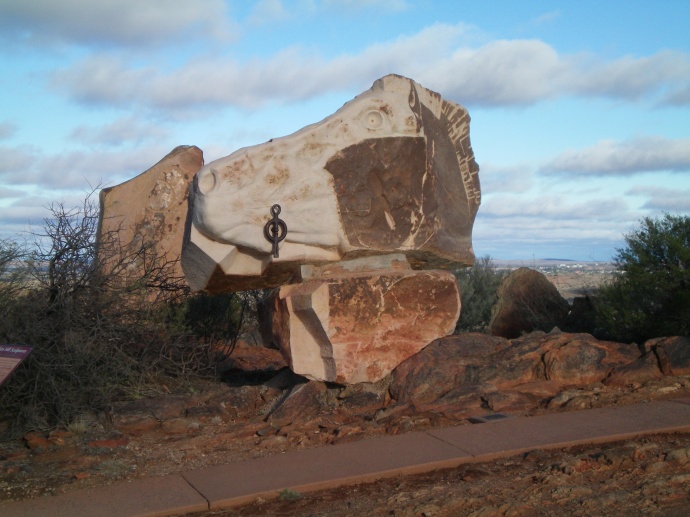 They really don’t want you to use this entrance!

Our gorgeous grand-daughter Alex asked Ann why Broken Hill was called “Broken Hill” so we made it our business to find out.  Well, in 1844, the explorer Charles Sturt saw and named the Barrier Range, and at the time referred to a ‘broken hill” in his diary. The ‘broken hill’ that Sturt referred to in his diary actually comprised a number of hills that appeared to have a break in them. The ‘broken hill’ no longer exists as Silver was discovered in the hills in 1883 by a boundary rider called Charles Rasp and since then the hills have been mined away.  Good question Alex!